The second approach is called “invite”. After the event is created, associates receive an invitation via email. They click on the embedded ‘yes’ or ‘no’ links, opening a webpage telling SMMware they are interested, or not.

In the setup screen below, you first change the Direct/Invite dropdown to Invite. Then you set a respond by date and a team size. 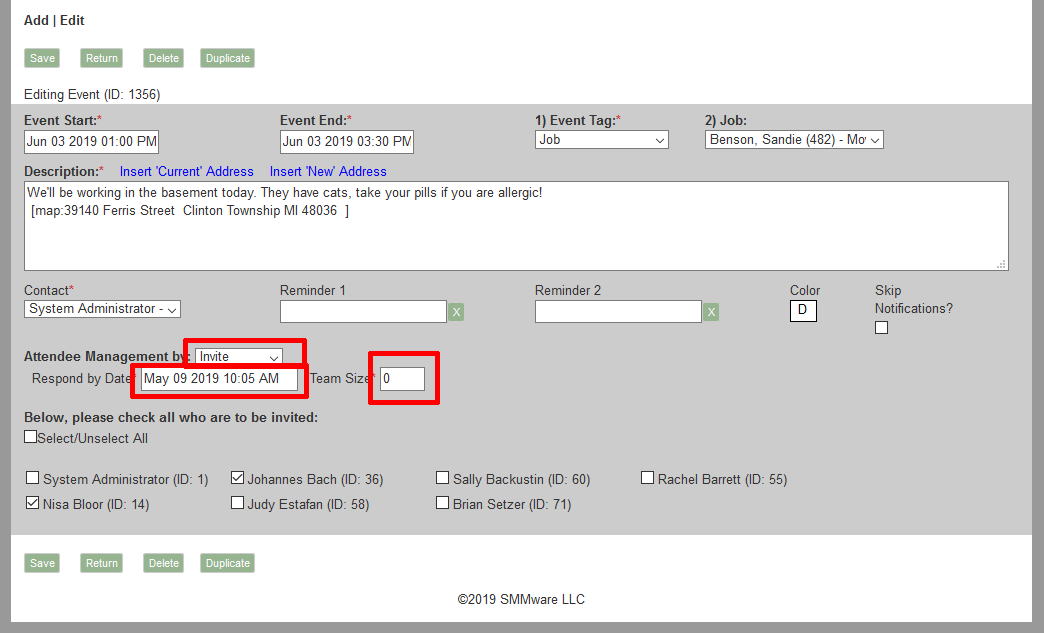 The Respond By date is included in the email to invitees and is just a notification of when you anticipate making the decision, nothing in the system is concretely tied to it. The system won’t force you to make assignments on that date, nor stop you from deciding ahead of time.

You don’t have to invite everyone in the company to your event, you can use the checkboxes to indicate who to invite.

The completion screen lets you know how many invite emails went out. 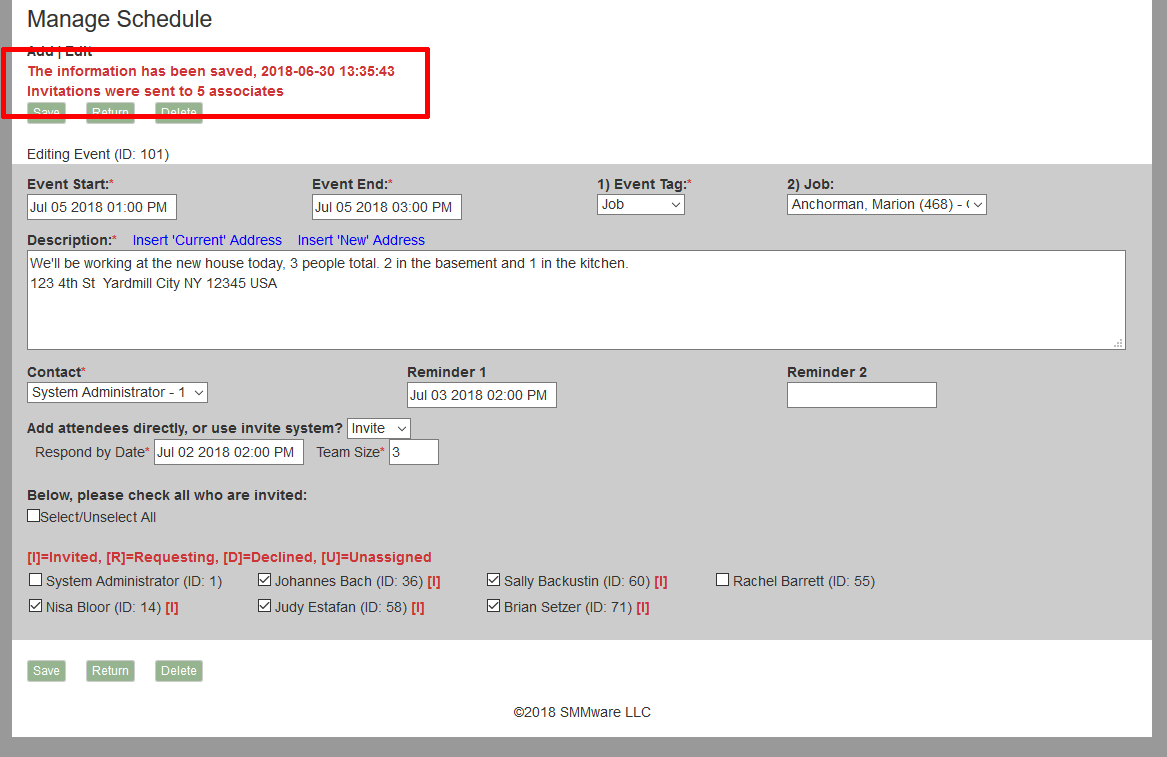 Below is an example of an invite email.

Assuming that more people are interested than are needed, the event creator can then make the final assignment out of who expressed interest. They use the button “Assign Attendees” as shown below. 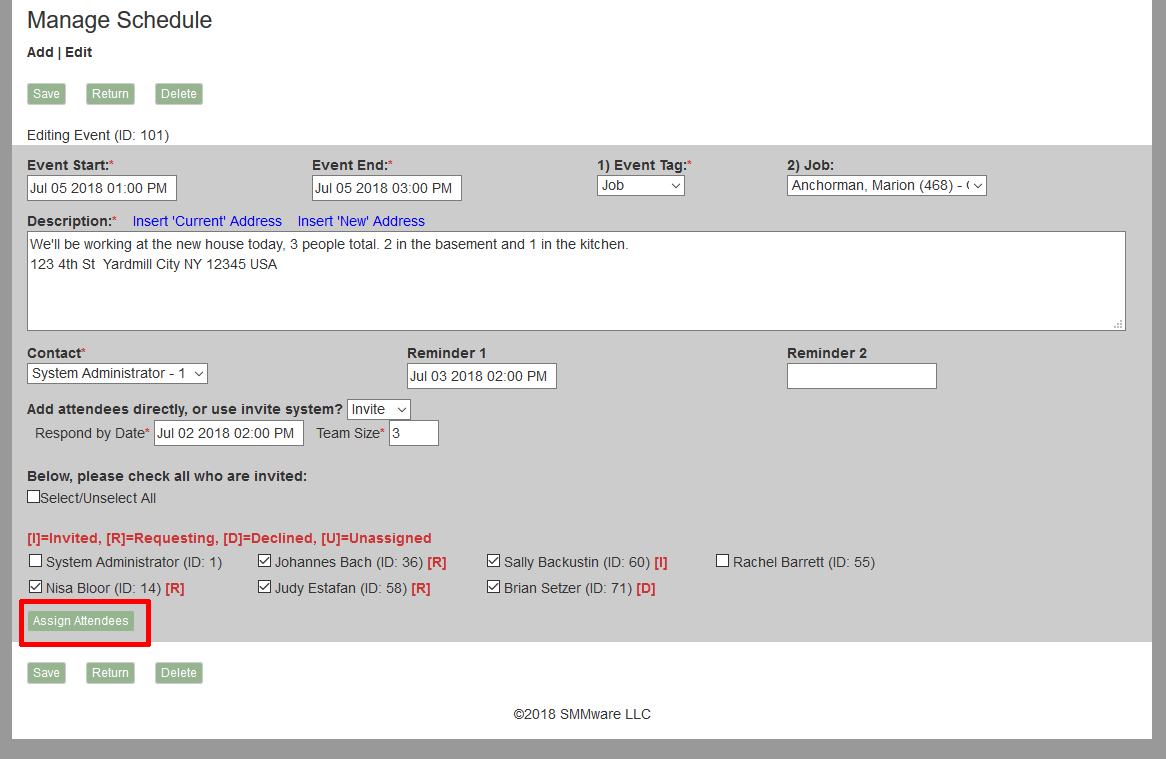 When the event is initially created, the event owner indicates the date on which they intend to make the decision, to motivate responses. Note that the system does not force the event creator to decide at that exact time, the system allows them to decide later or sooner than that date.

The assignment screen lists everyone who responded, when they responded, and whether they are interested or not. The interested people are listed by response date. So if you wish to assign associates on a first come first serve basis, you can simply start at the top of the list and work downwards as needed.

The second screen confirms the final status of each respondee. 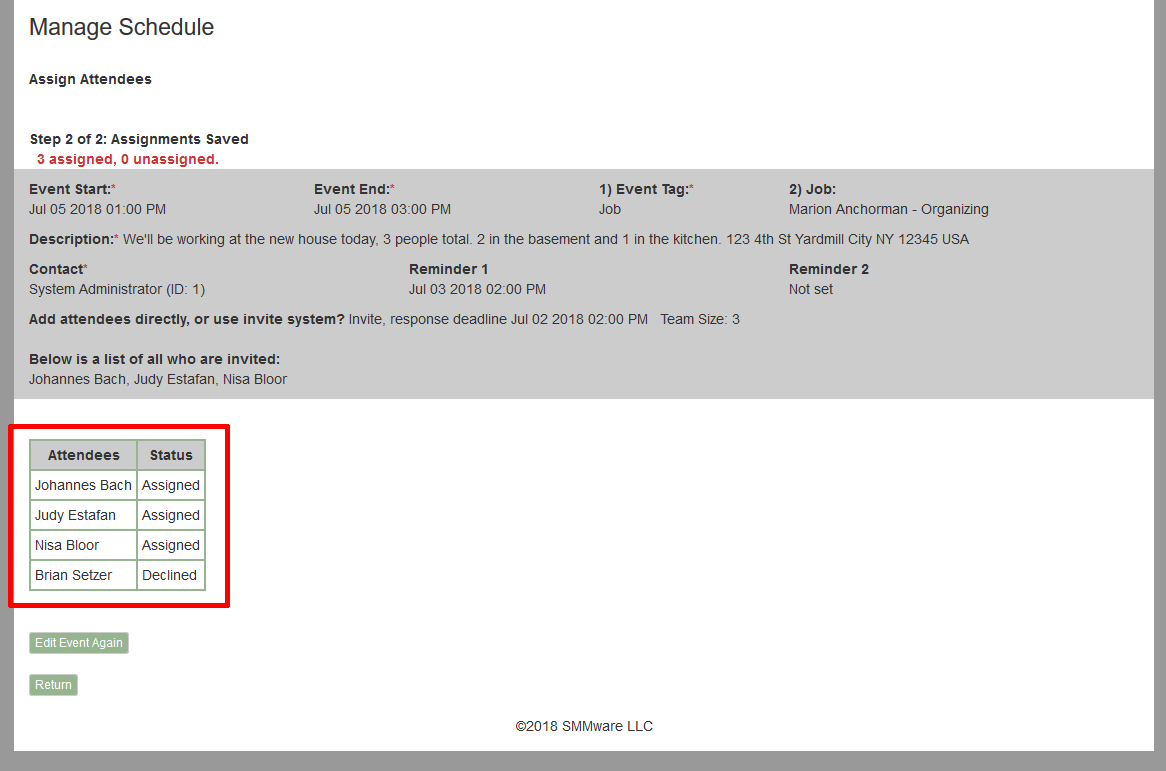 Here is one more approach supported by SMMware. During initial invitations, you also have the option of using multiple rounds of invitations. Suppose you have three people in mind as your first choice for an event and invite them, and one responds that they can’t make it (So they have a ‘D’ for ‘Declined’ next to their name in the edit screen). You can check the box for someone else and hit save. The new invitee will get an invitation email, and you can proceed.

SMMware recognizes that circumstances change. After the event owner has assigned a team, they can still modify the attendee list by checking or unchecking associates from the list (and saving the changes). If someone had responded “Requesting”, there will be an [R] next to their name, and if they declined there will be a [D]. This may be helpful in deciding on new attendees for changes. 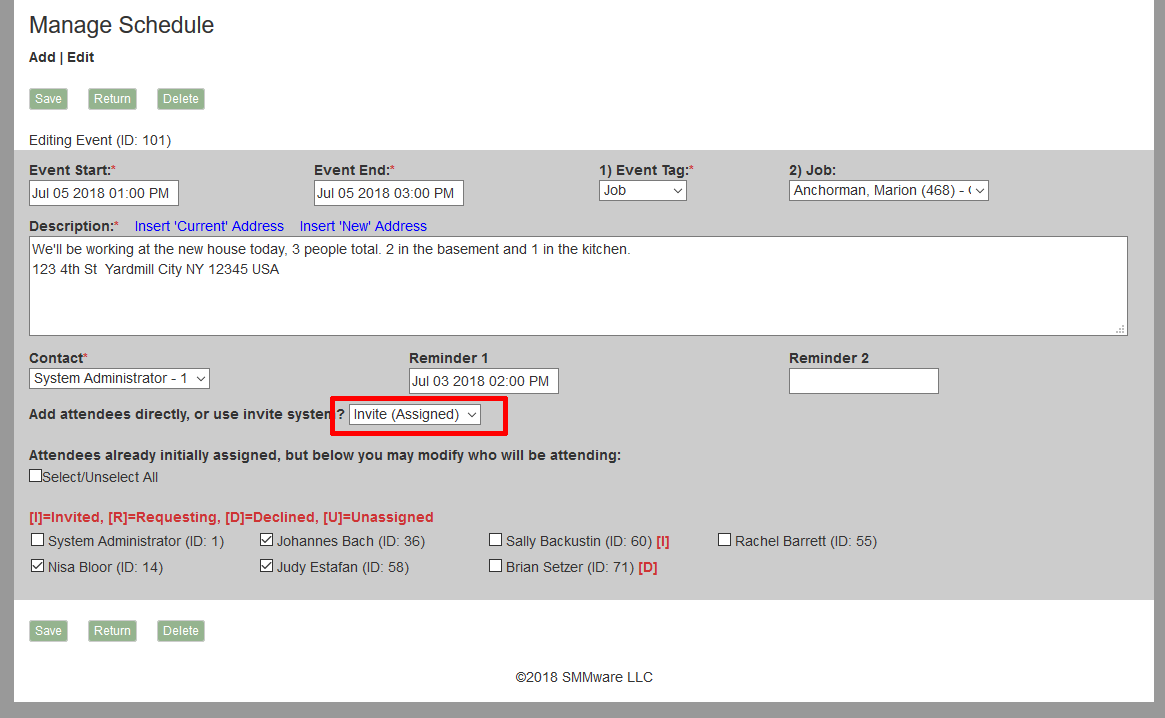